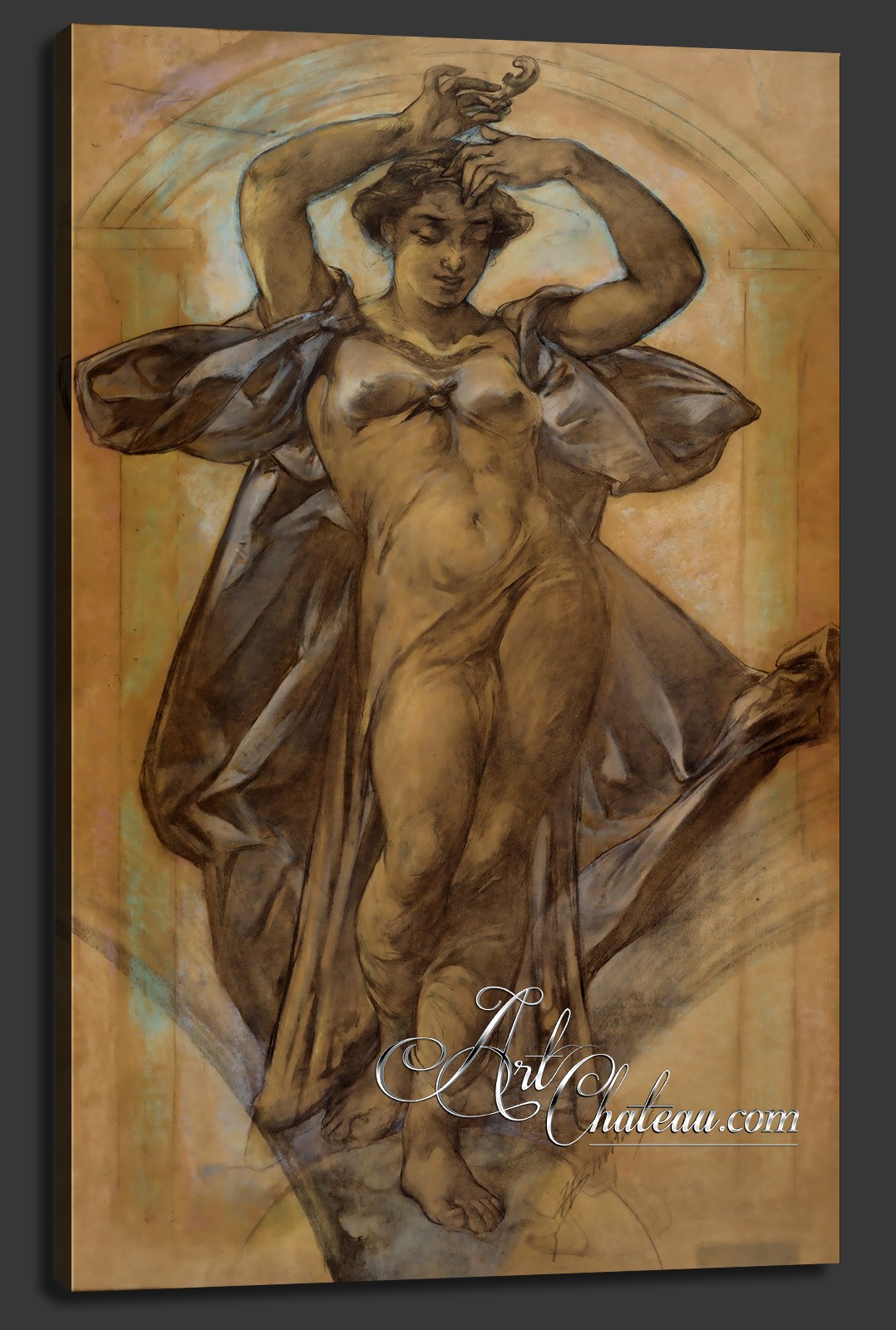 This large art Study from the World's Columbian Exposition was originally rendered in Chicago c.1892 by Walter Shirlaw. This International event was also known as the Chicago World's Fair and was held to celebrate the 400th anniversary of Christopher Columbus' arrival in the New World in 1492. This is a remastered, Mixed-Media work of art and perfect for Classical Interior Design. 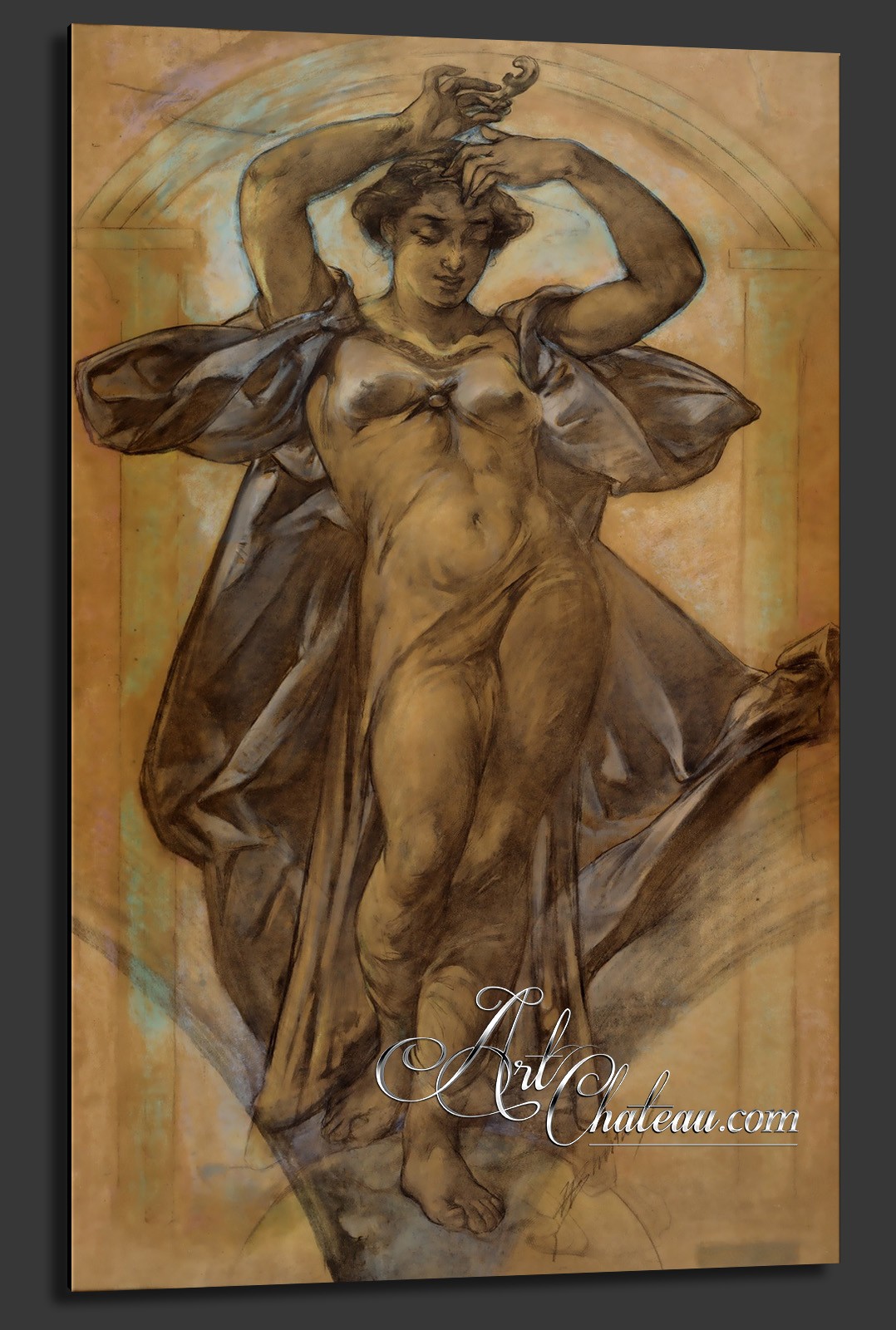 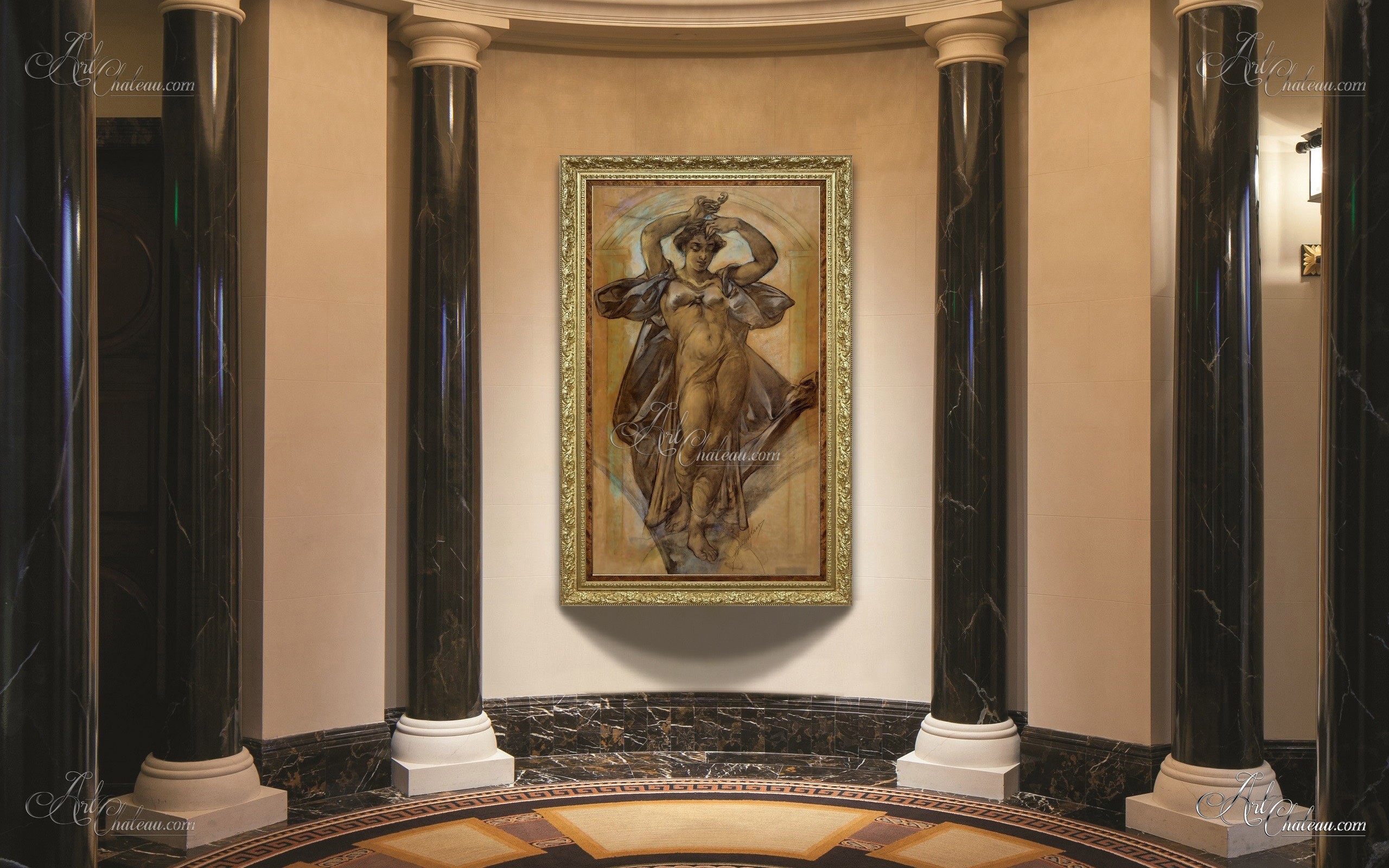